Thundersley Glen is great example of how even the most seemingly natural spaces have a history all of their own; and how this changed the landscape. A section of woodland in Benfleet adjoining with Mount Road Wood and Shipwright’s Wood in Benfleet. It was once part of the greater Jarvis Wood belonging to Jarvis Hall – a manor house which dates back to the 1400s and still exists, in a modified state, just west of where Thunderlsey Park Road becomes Hill Road. By the Victorian era the wood became arable farmland and orchards except for a small patch in the South-West corner surviving today. Then in the early 20th Century the farmland was sold as plot-land eventually becoming abandoned and welcoming the Hawthorn, Birch, and Oak trees which form the woodland today. The area would also have once been used for charcoal burning of local woods; hence the name ‘Kiln Road’ which runs immediately north of the glen. Clay quarried from the woods here was worked at the Kiln Road brick works; the clay beneath the topsoil is clearly visible, dug up as badger sets and bike ramps.

Amongst Thundersley Glen lies a pond with two ‘islands’ extending out into it, now dominated by prehistoric Horsetail plants and other wildlife. This was infact once made to serve another historic household called Thundersley House which lay along Kiln Road; alledgedly by damming a the stream that runs through the glen to this day. A hydraulic ram would’ve pumped water from the pond to the house, and this can be seen marked on many an old map. It could also be the case that the pond was used for leisure activities such as swimming and boating. During the 1950s and 60s the pond was a popular spot with local children, and it was often referred to as Jasper’s Pond. When this froze over in the winter children would skate across it, or would collect frogspawn which was rife in warmer weather. It is presumed that because of a child falling in on one occasion, parents complained the pond was a health and safety concern and it was partly drained. At the bottom of the pond probably lies all manner of treasures and rubbish alike, including two .22 air-rifles which you can read the story of here: http://www.benfleethistory.org.uk/page/crime_and_punishment. The pond is said to have once been less overgrown and larger; back in the 1930s it could be seen from Kiln Road. South of the pond, to the west of the stream and ditch, lies a patch of Hawthorn woodland now intermingled with houses which was farmland until 1925 when plot houses overgrew the surrounding area.

In the Glen also lies a large meadow atop a ridge/hill in the forest that runs north to south. This would appear to be an area of the old farmland that escaped the foliage’s conquest; following the borders of a field shown on an 1868 map. The maps show the transition of the area from farmland to wood from the mid 19th-mid 20th Century as well as the south-western patch of ancient woodland, and the appearance of the pond, dam, and hydraulic ram.

Below are two views from the path that links Thundersley Glen to Shipwrights Wood, west. This looks out over Hilltop farm. Pictured in early 20thC and 2013. 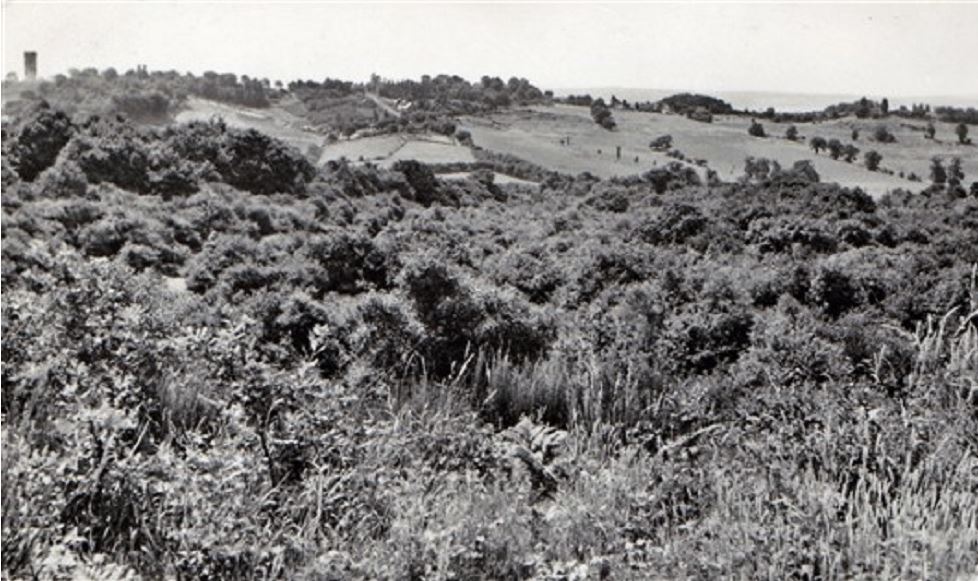 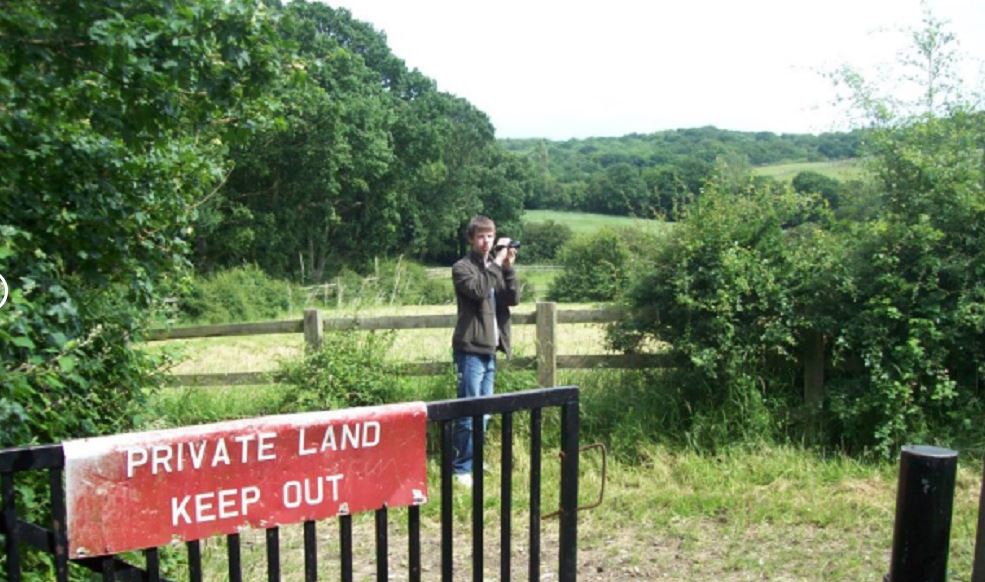